Can the world hold China responsible for COVID-19, legally speaking?

Before determining whether China is responsible for COVID-19, imagine this: you live in a dorm with interconnected rooms. The dorm has 195 rooms with a total of 780 occupants. Your bed gets infected with bedbugs (those creepy insects that suck human blood and multiply exponentially within days and lead to allergies, redness, lack of sleep, and in some cases, fatalities too). You have 2 choices:

What would you do? Select the first option, probably!

And, what would you do if those bedbugs were a deadly virus, 195 dorm rooms were 195 countries of the world and 780 occupants were 7.8 billion people? Select the first option, definitely! Seems like a no-brainer, right? If only…

Before we delve into whether the world can hold China responsible for COVID-19, let’s understand what this disease has done to the world:

The COVID-19 pandemic is considered as the most crucial global health calamity of the century and the greatest challenge that the humankind faced since the 2nd World War.

Compared to other diseases and their respective burdens, COVID-19 is likely to cause greater human suffering than any other contagious diseases in the whole world. Apart from loss of millions of lives, COVID-19 has severely demobilized the global economy. Lockdowns (to curb the spread) are severely affecting all economies. It is predicted that for each month a lockdown, there will be an approximate loss of 2% in annual GDP growth.

It is well-established that coronavirus originated in the live animal market in Wuhan in China. And here is the shocking reality: A doctor named Li Wenliang was the first person to warn his fellow doctors on group chat about a possible outbreak of an illness similar to severe acute respiratory syndrome (SARS) in Wuhan. Following this, Dr. Wenliang was summoned by the local police and made to sign a statement accusing him of ‘making false statements that disturbed the public order’. Subsequently, Dr. Wenliang was diagnosed with COVID-19 on January 30, 2020 and subsequently, succumbed to it. Along with penalizing him, they also penalised those who rang the alarm bell. Every attempt was made to suppress the reports and alarms in the most ruthless and savage manner.

The authorities also categorically denied the existence of the virus.

No travel or movement restrictions were imposed on the population of Wuhan or the adjacent districts and it spread like wildfire across various neighbouring cities. Further, no restrictions were placed on people leaving China and entering other countries. Persons who contracted the virus were not isolated. In fact, even elementary precautions weren’t taken to prevent the spread of the virus. As a result, these countries received thousands of infected persons. And from there it further spread as people moved from one geography to the other. The next thing we know is COVID-19 being declared a ‘pandemic’. For the uninitiated, a pandemic is defined as “an epidemic occurring worldwide, or over a very wide area, crossing international boundaries and usually affecting a large number of people”.

If China had been truthful and transparent from the start, other countries would have immediately charted out emergency measures, which are so crucial in the early stages to arrest the spread of the virus. The more you dig into this subject, the more you’ll realise that there is hard and incontrovertible evidence which irrefutably establishes that China is responsible for COVID-19 becoming a pandemic and causing irreparable damage. When translating this damage into numbers, COVID-19 could cause economic loss up to USD 8.8 trillion, or, 9.7% of the global GDP!

Is holding China responsible for COVID-19 only a moral debate or does it have legal standing too?

Can it be said that the choices made (or not made) by China are acts of negligence and lethargy or that they are of active and fraudulent misrepresentation and mala fide suppression which deprived other countries of a priceless opportunity to defend themselves?

Wrongful Acts under Article 2 of the Draft Articles on Responsibilities of States for Internationally Wrongful Acts (ARSIWA), 2001

The recklessness shown by Chinese authorities makes China guilty of Article 7(1) of the ICC as per the eleventh act, namely, “other inhumane acts of a similar character intentionally causing great suffering, or serious injury to body or to mental or physical health” as mentioned under ‘crimes against humanity.’

The IHR were adopted by the World Health Assembly in 1969 to prevent the international spread of disease by placing an obligation on states to prevent highly transmissible diseases. This was updated in 2007 in response to the 2003 SARS outbreak. According to Article 6 of the International Health Regulations, a State has to assess events occurring in its territory and if there is a possibility of the events constituting a public health emergency, they must notify WHO about it within 24 hours of the assessment. Following this notification, the State has to continuously communicate to the WHO timely, accurate and sufficiently detailed public health information available to it on the event.

Also, according to Article 7 of the International Health Regulations, if a State Party has evidence of an unexpected or unusual public health event within its territory, irrespective of origin or source, which may constitute a public health emergency of international concern, it shall provide to the WHO all relevant public health information in accordance with Article 6. China violated both of these provisions, making China responsible for COVID-19.

An epidemiological model at the University of Southampton found that had China acted responsibly just one, two, or three weeks more quickly, the number affected by the virus would have been cut by 66%, 86%, and 95%, respectively.

In the late 1920s scratch farmers and loggers were facing an unseen threat in the isolated forests of the inland Pacific Northwest of America. Crops were scarred and charred. They had stunted timber yields. The culprit turned out to be a huge zinc smelter In Trail, British Columbia that bellowed sulfurous fumes from across the Canadian border. In the impacted regions of the United States, the smelter was secretly laying waste to livelihoods, economies and habitats. In the end, the U.S. State Department took up the cause of the affected people. The Canadian government – desiring mutually beneficial trade ties – stepped in for the smelter and decided to have international arbitration settle the issues of liability, penalties, and compensation.

This arbitration formed the foundation of contemporary international law. The arbitration panel announced two revolutionary legal concepts relating to trans-boundary damages in its judgments. First, that no nation has the right to use or require its territory to cause harm to another’s territory or to the property or person(s) therein. Second, that a polluting state has to compensate for the harm caused by polluting activities on their own territory. Canada was eventually forced to pay reparations to America. In the same way, China should be held accountable and be forced to pay damages.

If a person has something in his property which is potentially dangerous or noxious or damaging to others, he owes them an unconditional legal obligation to ensure that it does not escape and hurt them or damage their property. The English Courts have gone to the extent of laying down that this legal obligation is absolute and exists even if there is no negligence. This principle of English common law has been applied extensively in the past, right from an individual stage to a community stage.

Let’s extrapolate this to understand whether the world can hold China responsible for COVID-19. China has not only enabled, but gone a step ahead and even facilitated the travel of the virus to the rest of the world. China has also effectively prevented the rest of the world from insulating and protecting itself, which would have greatly mitigated the extent and rigour of the pandemic. In the current situation, we do not even need to go to the extent invoking absolute and unconditional liability, independent of negligence. This is because there is enough and more evidence of proving that China has been in fact egregiously callous and negligent, with full knowledge of the catastrophic consequences to other nations.

Nations will now have to prepare for a legal war in the International Court of Justice, set up under the aegis of the United Nations, which has in the past expressly stated that it would rely on the legal principles laid down by eminent jurists. Rylands vs Fletcher would certainly fit the bill (read: holding China responsible for COVID-19).

It is time that world unites against those responsible for bringing about a pandemic so dangerous that, for the first time in over a century, global functioning has come to a standstill. 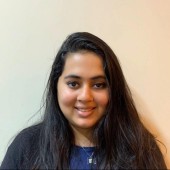 Law students - here's a chance to get your work featured!

Latest in legaltech: a robot lawyer to review your NDA

This website uses cookies to improve your experience while you navigate through the website. Out of these cookies, the cookies that are categorized as necessary are stored on your browser as they are essential for the working of basic functionalities of the website. We also use third-party cookies that help us analyze and understand how you use this website. These cookies will be stored in your browser only with your consent. You also have the option to opt-out of these cookies. But opting out of some of these cookies may have an effect on your browsing experience.
Necessary Always Enabled
Necessary cookies are absolutely essential for the website to function properly. This category only includes cookies that ensures basic functionalities and security features of the website. These cookies do not store any personal information.
Non-necessary
Any cookies that may not be particularly necessary for the website to function and is used specifically to collect user personal data via analytics, ads, other embedded contents are termed as non-necessary cookies. It is mandatory to procure user consent prior to running these cookies on your website.
SAVE & ACCEPT